Happy Memorial Day to our Friends and Families 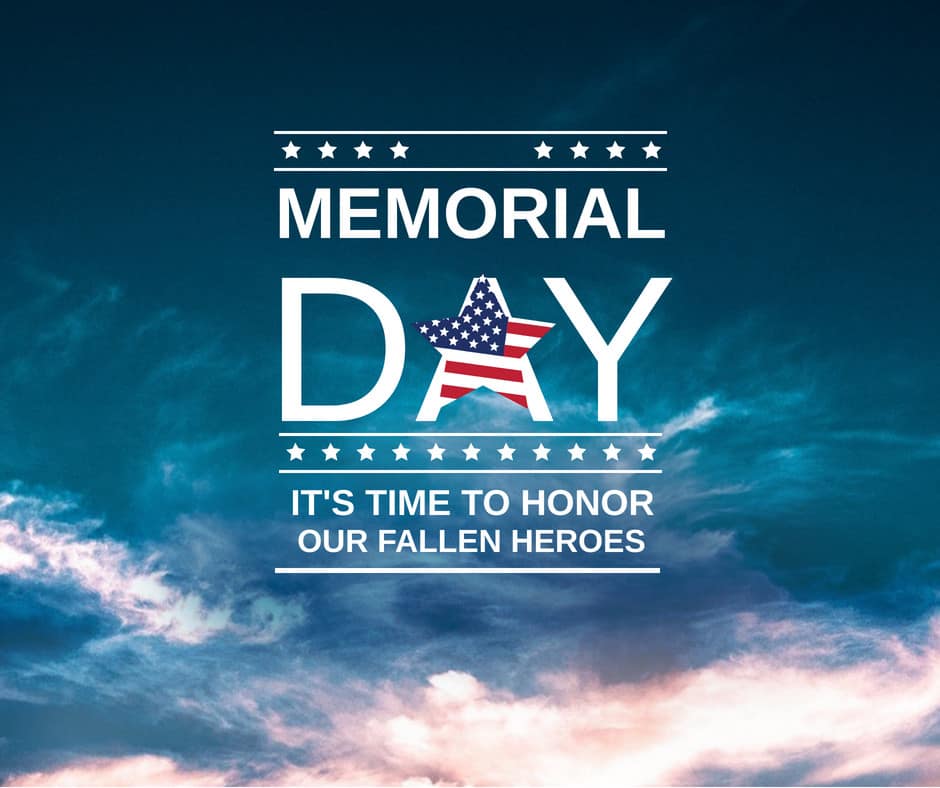 Menu
Call Bill to go over your questions and concerns about your air conditioning and heating units. Bill Farrill will give you straight up answers and the help you need to stay cool in the heat and warm in the cold! Farrills AC and Heating 14260 W Newberry Rd #207 Newberry, FL 32669

courtesy of wikipedia.org
Memorial Day (or Decoration Day) is a federal holiday in the United States for remembering and honoring people who have died while serving in the United States Armed Forces. The holiday, which is currently observed every year on the last Monday of May, was most recently held on May 28, 2018. Memorial Day was previously observed on May 30 from 1868 to 1970.

Memorial Day is considered the unofficial start of the summer vacation season in the United States, while Labor Day marks its end on the first Monday of September.

Many people visit cemeteries and memorials on Memorial Day, particularly to honor those who died in military service. Many volunteers place an American flag on each grave in national cemeteries.

The history of Memorial Day in the United States is so controversial that it constitutes an area of research. At Columbus [Georgia] State University there is a Center for Memorial Day Research. It, together with the University of Mississippi’s Center for Civil War Research, are excellent starting points for investigating the topic.
1870 Decoration Day parade in St. Paul, Minnesota

Some believe that an annual cemetery decoration practice began before the American Civil War and thus may reflect the real origin of the “memorial day” idea Annual Decoration Days for particular cemeteries are still held on a Sunday in late spring or early summer in some rural areas of the American South, notably in the mountain areas. In cases involving a family graveyard where remote ancestors, as well as those who died more recently, are buried, this may take on the character of an extended family reunion to which some people travel hundreds of miles. People gather, put flowers on graves, and renew contacts with relatives and others. There often is a religious service and a picnic-like “dinner on the grounds”, the traditional term for a potluck meal at a church

On June 3, 1861, Warrenton, Virginia, was the location of the first Civil War soldier’s grave ever to be decorated, according to a Richmond Times-Dispatch newspaper article in 1906. In 1862, women in Savannah, Georgia decorated Confederate soldiers’ graves according to the Savannah Republican. The 1863 cemetery dedication at Gettysburg, Pennsylvania, was a ceremony of commemoration at the graves of dead soldiers. Some have therefore claimed that Lincoln was the founder of Memorial Day. On July 4, 1864, ladies decorated soldiers’ graves according to local historians in Boalsburg, Pennsylvania, yet the principal grave they claim to have decorated was of a man who was not dead yet. Nonetheless, Boalsburg promotes itself as the birthplace of Memorial Day.

In April 1865, following President Abraham Lincoln’s assassination, commemorations were widespread. The more than 600,000 soldiers of both sides who died in the Civil War meant that burial and memorialization took on new cultural significance. Under the leadership of women during the war, an increasingly formal practice of decorating graves had taken shape. In 1865, the federal government began creating national military cemeteries for the Union war dead.

On May 1, 1865, in Charleston, South Carolina, recently freed African-Americans held a parade of 10,000 people to honor 257 dead Union Soldiers, whose remains they had reburied from a mass grave in a Confederate prison camp. Historian David W. Blight cites contemporary news reports of this incident in the Charleston Daily Courier and the New-York Tribune. Although Blight claimed that “African Americans invented Memorial Day in Charleston, South Carolina”, in 2012, Blight stated that he “has no evidence” that the event in Charleston inspired the establishment of Memorial Day across the country. Accordingly, investigators for Time Magazine, LiveScience, RealClearLife and Snopes have called this conclusion into question.

In 1868, copying the Southern annual observance of the previous three years, General John A. Logan of the Grand Army of the Republic, an organization of Union veterans founded in Decatur, Illinois, established Decoration Day as a time for the nation to decorate the graves of the Union war dead with flowers. By the 20th century, various Union memorial traditions, celebrated on different days, merged, and Memorial Day eventually extended to honor all Americans who died while in the U.S. military service.[1]

On May 26, 1966, President Lyndon B. Johnson designated an “official” birthplace of the holiday by signing the presidential proclamation naming Waterloo, New York, as the holder of the title. This action followed House Concurrent Resolution 587, in which the 89th Congress had officially recognized that the patriotic tradition of observing Memorial Day had begun one hundred years prior in Waterloo, New York. The village credits druggist Henry C. Welles and county clerk John B. Murray as the founders of the holiday. Scholars have determined that the Waterloo account is a myth. Snopes and Live Science also discredit the Waterloo account.